One of the great events happed is just almost exactly a year ago today. We came home from Ukraine with two new teenage daughters. That was super amazing. After a year of work and prayer and excitement, we finally got to bring them home. I also have two other daughters. Now we have three teenage girls, and one is in her twenties. She will be getting married in a month. That’s very exciting.

Those are some of the highs. My daughter got engaged and is getting married to the most amazing guy in the world. We got to bring our daughters home. Daughters who God had clearly showed us that they were our daughters, and we needed to bring them home.

A few months after they came home, we received a call about my dad, (I am, such a daddy’s girl, so close to my dad. I love him so much.) He was very, very sick. He is already in kidney failure and congestive heart failure. Then he got COVID. Any flu would have probably killed him, so he was very sick. I went to help take care of him, spent like a week on the line between life and death. We almost lost him several times. I spent countless hours, storming the gates of heaven, begging for my dad’s life. God answered and miraculously saved his life. He went to the doctor the other day and they said, “It’s our miracle boy!”  He is 82, For him to survive all that, it’s pretty shocking.

My sisters were there to help me take care of him. My younger sister and I had to get home to our kids. But my older sister’s kids are older teens and grown. So, she stayed to help take care of him. A few days after I left, my mom said, “your sister’s sick.” We don’t know what she has. Two days after that, my younger sister called me and said, “She’s gone. She’s died.” I lost my sister instead of my dad. It was pretty shocking. We were all really, really in shock. 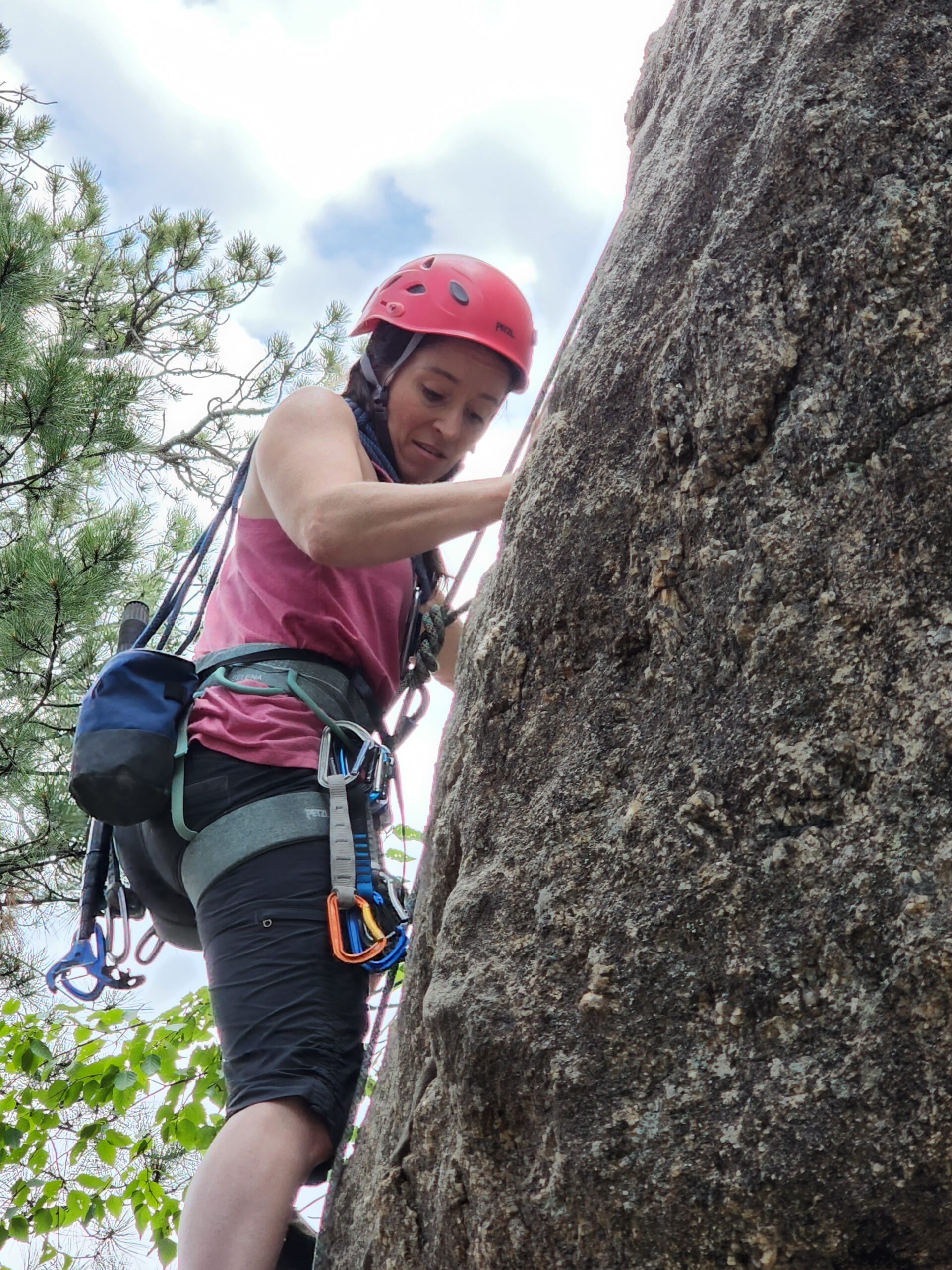 About that same time, we were faced with another loss. My husband is extremely close to his sister. His parent’s had a rough marriage, and his sister was like a mom to him. She had leukemia. He went and did a bone marrow transplant for her, and she was doing really, really well. Everything was great. Then, about a month ago, she took a real turn for the worse, and within a few days she was gone.

As you can see, it has been a year of the biggest highs and biggest lows that our family has really walked through. As we have walked t through those highs and lows, we are also adjusting to our family being completely changed. When tragedy hits, you have that safety of going home to your family, where it’s secure and you know what it is. In our case, it hasn’t been like that. We’re also getting to know two new people, who are teenagers, who have their views and opinions. As a result, our whole world has been in chaos and we have been faced with life and death like we never had before.

So, that’s been one of my takeaways. I want to know Jesus. I want to know Him so that when I see Him in a moment or in a day or in a year or in 20 years. I’m ready to see Him. That I have something that I know I’m going to, someone that I know that I love, that I’m in close relationship with.  I want to want to go to him. The second take away is like this. When things are so hard, I have really felt a lot of days where I’m just I’m putting one step in front of the other. That’s it. You know, I can’t think.  Yesterday someone said, “Oh, what are you doing tomorrow?” I was like, “Tuesday? I can’t remember.” Well, I’ve checked my hair every Tuesday!  But that’s where I’m living right now. I’m walking through grief. 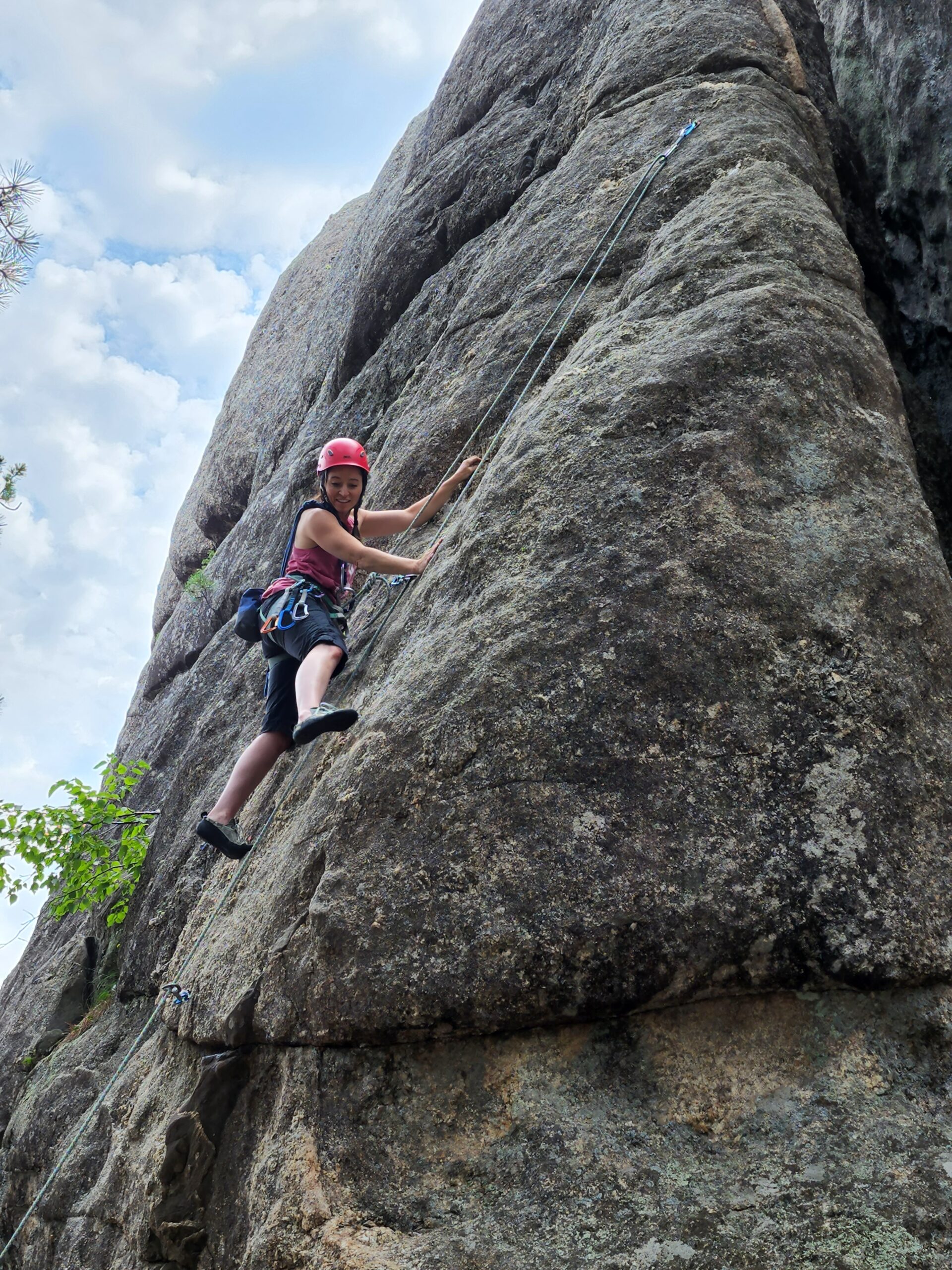 I’ve been researching grief that there’s really a brain fog that comes along with grief. I’m feeling that for sure. So, walking through that, just taking one step after another and sensing that Jesus is right here with me holding my hand. You know, when you’re living that way, when know you can’t do it on your own, that’s when you know you’ve got to walk with Jesus. And it’s when He’s so close. It’s been beautiful. He’s been so near.

Renee was reminding me that this route down here is a good analogy. Thank you for that, Renee. I was leading this earlier today and it’s really run out. I couldn’t see where the next bolt was. We couldn’t see it from down below. And she was like, “You just have to trust the bolt is there. Trust the rout setter. Trust that the next bolt will be there.  You just have to trust and take that next step?”

And that’s where I’m living right now. Take the next step, trust the Route Setter. Of course, the Route Setter in this analogy being God, that He has the next step prepared. If I keep climbing and keep moving, He’s there. He’s got that next boat for me to clip into. He’s going to be there for me.

A scripture that just keeps coming back to our church is preaching on it. And it popped up on my Bible app feed and someone else brought it to my attention is in Hebrews 11:1. “Now, faith is the assurance that things hope for and the conviction of things unseen.” And that’s where I’m walking these days. I want to know Jesus. I’ve just have to keep walking and trust out of the conviction of things unseen that the Lord has ahead of me. He sees where I’m going. He’s the one who made this path.

There’s a song that I love that just came to my mind that said, “and you know where I’m wondering, you created this open road.”  That’s what I’ve got to trust. I know the Lord, I know His Word. I know He’s there for me. The assurance of things, hope for a conviction of things unseen.

So, my encouragement to you guys is seek the Lord while he may be found. Call upon him while he is near. Walk as closely with him as you can, trusting that He knows and he’s ahead of you. And as we keep climbing, He’s there. He’s there ahead of us, holding our hand, walking us through. That is my that is my encouragement for you today.